Google Limits Search Results Per Domain for More Diversity – How Does This Affect Law Firms?

Google has a formidable reputation in the SEO world for its sudden changes in optimization standards. Google informed in its June Update that it is going to reduce the visibility of all domains to two results per domain in SERPs. This restriction has stirred the SEO world due to its restricting nature. Forbes reports that Law Industry of the United States is at the peak of its performance in this decade, with revenue growth at 6.3% per annum. However, law firms are skeptical about the future of revenue generation of law firms owing to June 2019 update.

Why is Google Limiting the Visibility of Domains in SERPs?

Google owns 92.19% of the total market share as a search engine. There was a time when Google and Yahoo had a close run in the market. But things turned around for Google speedily in the last decade, and it became the top-notch and champion search engine. How did Google outclass its competitors? Google worked harder to provide a secure and personalized environment to its users. Those hard to deal optimization updates are rolled out every year to provide an excellent experience to the users.

Google has been getting complaints from users of less diverse search results in SERPs. It reduces the chances of struggling websites to shine in the SERPs. To resolve this issue of less diversity, Google released its Core update in June.

What does June,19 Update Have for Us?

John Mueller from Google states that there are no technical fixes involved in this update. Google is focusing on providing a diverse set of results from different domains in SERPs.

Google has announced that it will not count the sub-domains separately. In the past, some websites were used to optimize multiple pages for a single keyword. But this core update is not an attempt to impose a penalty on those websites; instead, it is a call for diversity and uniqueness.

More visibility in SERPs brings organic traffic, which could be used to earn through Google Adsense and regular sales. This update has made the site admins, and SEO gurus worried. Their prime concern is decreasing organic traffic after the implementation of this update because low traffic is also going to affect the indirect revenue of some websites.

B2C companies are going to suffer more than B2B companies. B2C companies communicate directly to their customers through their websites. Law firms who practice B2C marketing may feel a slight drawback of this update.

So far these are the major setbacks which you could experience at a site of a law firm. But here’s a brighter side of this core update as well. Where popular sites are complaining about the decrease in traffic, few have seen a significant increase in their traffic. According to RankRanger, health and finance websites have seen the worst drop in their traffic. So far, with the law firms, it is not as bad as with these two.

What can Law Firms do to Minimize the effect of this Update?

A few websites were used to create clickbait content and optimize multiple pages for the same set of keywords. Due to this, they were used to grab several spots in the SERPs, thus leaving less room for other sites.

This update could be a blessing in disguise for the law firms who are struggling to get their due share. Unlike the past, they can change their optimization strategy and convert from general to a specific approach. Inclusion of valid links on the webpage and publishing authorized research content can improve the odds for law firms.

Google aims to enhance the user experience by this update and not to cut off someone’s revenue. Law firms have to work harder and prepare two best webpages for any keyword and links from authority sites.

Internet Digital Marketing has been helping businesses just like yours achieve all their business goals since 1997.  We have over 25 years’ experience in SEO, lead generation, online marketing and web design.  We are affordable, deliver results that make a difference, and we will you grow your business.

To learn more about how IDM can help your business and create a custom SEO program for you contact us at (214) 504-1919, or visit https://www.internetdigitalmarketing.com/consultation/ today! 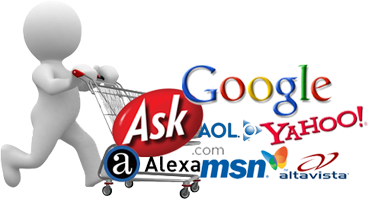 3 Great Ideas for Online Marketing in West Palm Beach, Florida for Your Company

At IDM we have an open door policy. Feel free to call or contact us at anytime.